Prizewinners from the 2018 Contest

10/15/18
Presentation of the photo contest and opening date for the submission of photos.

12/31/18
Closing date for submitting photos to the contest.

01/02/19
Beginning of the evaluation of work received. Start of the jury meetings and votes. Verification of the RAW files.

We could not be happier at IKEI Research & Consultancy, S.A. about the second edition of IKEI Photo Contest (International Social and Company photography contest). In addition to having 900 participants from all corners of the world, having virtually tripled the number of participants of the last edition, the number of photographs has also grown considerably as we have received over 2,600 this year.

We want to sincerely thank all the participants for the great interest they have shown and to congratulate them on the high quality of the photographs submitted. It is you who are making IKEI Photo Contest shine, and turning it, little by little, into a reference contest.

Thus, the list of winners of 2018 presented below (consisting of winners, mentions of honor without established order, and the Javier Larraya Award for participation) is considered final.

Congratulations to all! We will get in touch with each one of you soon.

Thanks for a second edition full of light! We look forward to meeting you all again for IKEI Photo Contest 2019!

"An old woman shaves her husband because half of his body is numb for stroke."

Ship out to sea

"Men, they make a living by fishing. Although it was thunderstorm, they still tried to set sail to catch fish to earn money for their families` lives."

The oil sea mine 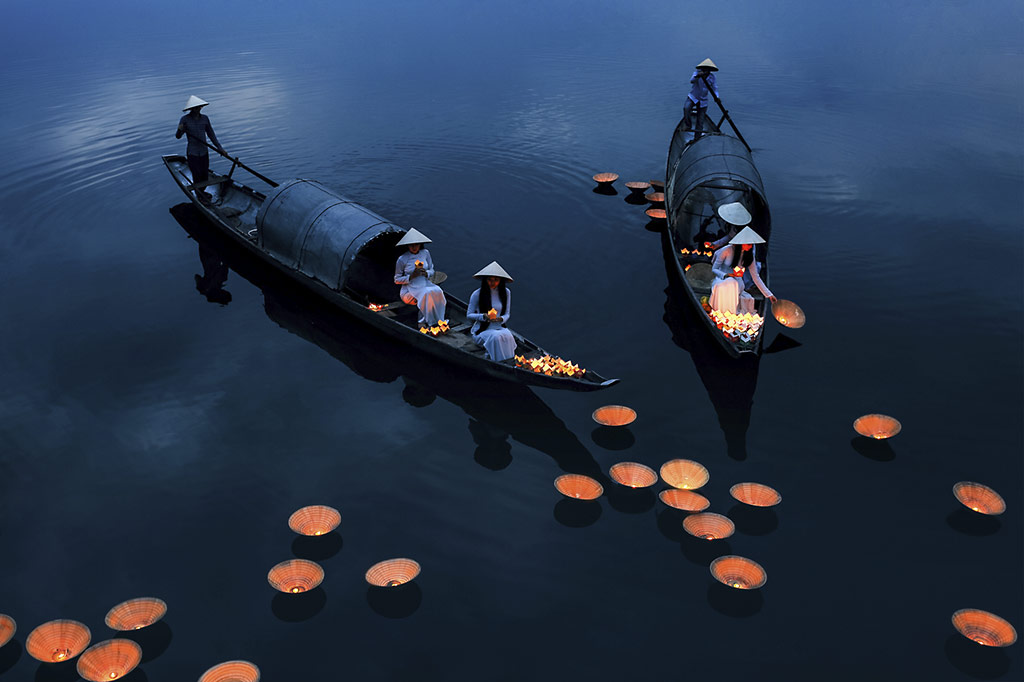